Eric Marienthal was born on December 19, 1957 in Sacramento, California to Robert Marienthal, an insurance salesman, but moved to San Mateo when he was two years old. He has credited his enthusiasm for music on being taught music while in school, and picked up the saxophone in the fourth grade after he thought it looked “pretty cool”.

Marienthal has also mentioned his father was a fan of music, particularly 1940s and 1950s such as Boots Randolph, Nat King Cole and Frank Sinatra. He initially wanted to pick up the trumpet but a teacher discouraged him because of his braces. As Marienthal progressed, his father bought him a $400 Selmer saxophone and enrolled him in Corona Del Mar High School. Throughout his education, Marienthal also learned to play guitar (in grade school), flute, clarinet (both high school) and piano (college). 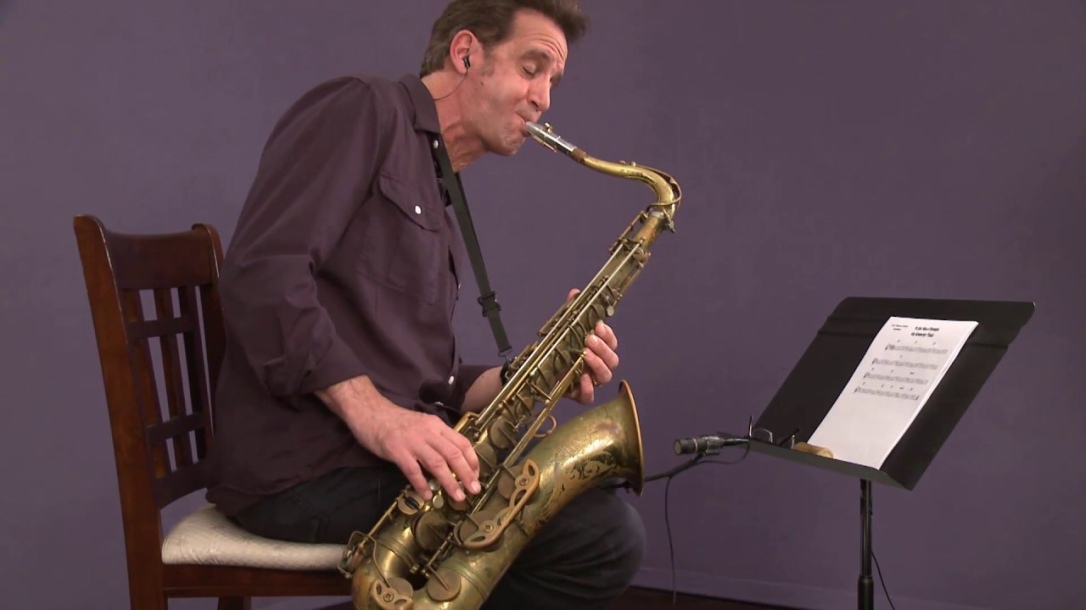 After graduating from high school in Southern California in 1976, he studied at the Berklee College of Music, where he studied with the saxophone professor, Joe Viola. By the time he left Berklee, Eric had achieved the highest proficiency rating given by the school.

Marienthal (right) with Ray Reach, Director of Student Jazz Programs for the Alabama Jazz Hall of Fame Marienthal started his professional career in 1980 with famed New Orleans trumpeter Al Hirt. After returning to Los Angeles, Eric became a member of the Chick Corea Elektric Band. Marienthal has stated that he was a Chick Corea fan even before he started performing with him. He recorded six albums with that band and two of them won Grammy Awards.

Marienthal has also written instructional books, including Comprehensive Jazz Studies & Exercises, The Ultimate Jazz Play Along, and The Music of Eric Marienthal and instructional videos, including Play Sax From Day One, Modern Sax and Tricks of the Trade, all published by Warner Brothers Publications, which is now Alfred Publishing/Belwin Jazz. Every summer since 1999, he has put on an annual fundraising concert for High Hopes Head Injury Program, a non-profit organization in Orange County, California that works with people who have suffered traumatic head injuries.